Ariana Grande is the current reigning queen of pop. With a unique and distinct style that is easily detectable anytime she shows up on our screens, everybody as of late has been wanting to try out the “Ariana Grande aesthetic” (I mean, have you seen the countless Tik Tok impersonators who have been trying to give Ariana a run for her money?). There are a lot of things Ariana Grande has that we would all die for; an uncanny ability to run in 6 inch Louboutins and of course a killer set of pipes that are likely to land her the coveted spot of most talented singer of our generation.

What Ariana also seems to always have that we also would die for? A beautiful set of freshly done nails.

A single snapshot of Ariana in a particular fashion item can cause the item to sell out in minutes - just ask the company VergeGirl, which catapulted into the online fashion spotlight when Ariana wore one of their tops in a photo posted on her 27th  birthday. 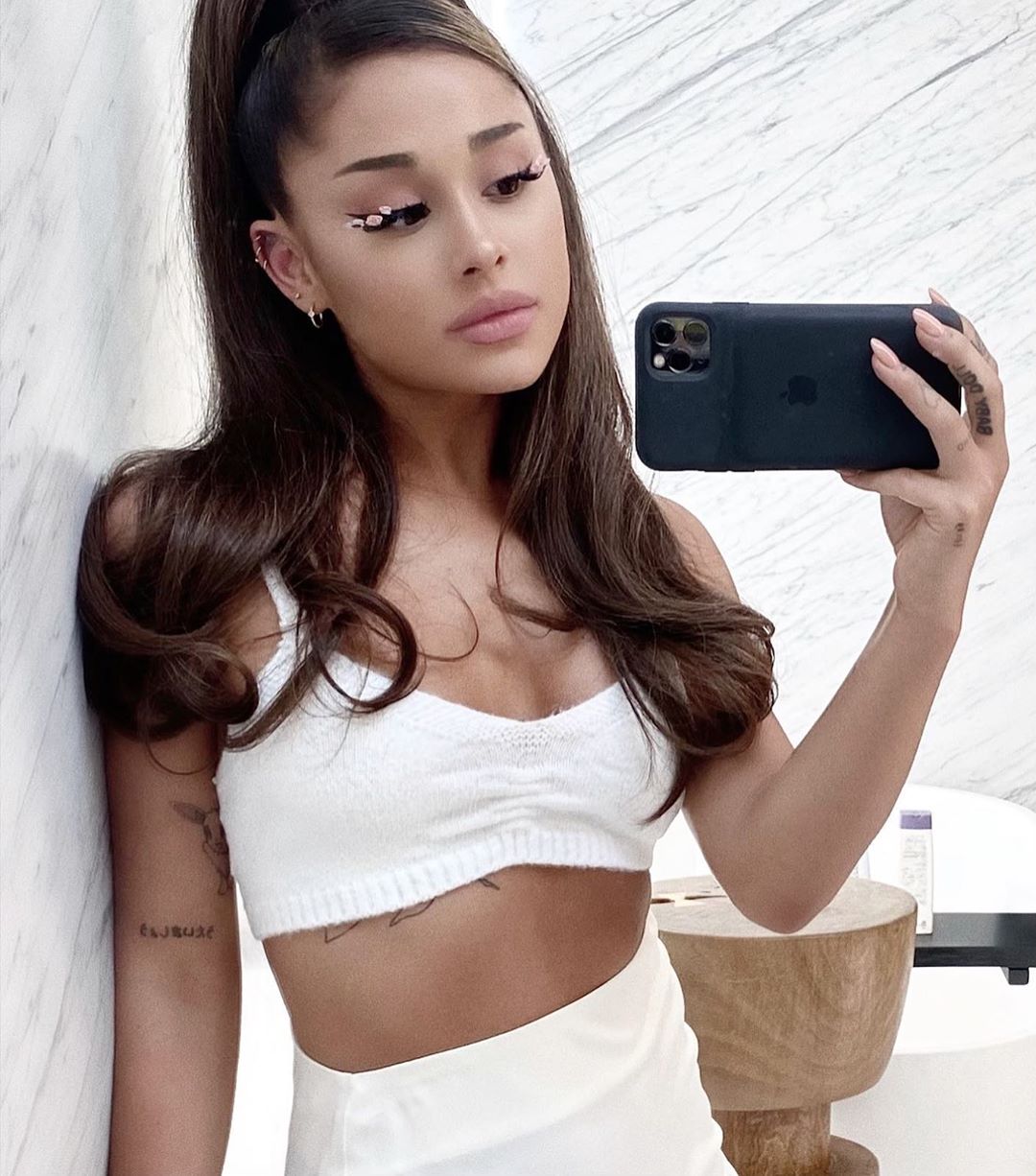 No one can get enough of Ariana’s style (us included), and although we treasure originality, it doesn’t mean we aren’t interested in trying on some Ariana Grande inspired nails to amp up our looks.

To get a better understanding of Ariana’s nail design choices, we did a little sleuthing around Ariana’s Instagram page.

In order to properly admire Ariana’s beautiful nail art, we have to lay some praise on the nail artist responsible for all the hard work.

Natalie Minerva is Ariana’s main nail artist. She is the founder of Nail Swag, and has also done nail looks for other popular celebrities such as Demi Lovato and Doja Cat, amongst others.

From music videos, to red carpets, to quarantine, Minerva has been keeping our nail enthusiasts hearts well fed with jaw dropping nail looks. Take a look at her Instagram page to see more of the work she has been doing for celebrity and regular clients alike.

During quarantine, many of us have been stuck at home unable to get an appointment at our favorite nail salons - but that doesn’t mean your nails have to look that way.

During lockdown, Ariana was sent over a set of press ons by no other than Natalie Minerva, and we cannot get enough of them. Check out the press on nails below: Although we can’t all personally get our nails done by the talented Natalie Minerva, it doesn’t mean that getting nails done that look as wow worthy as Ariana’s is out of reach.

Many of the nails we’ve seen on Ariana are easy to replicate if you know what you’re doing. And if you don’t, there’s no need to panic. If there’s one thing that quarantine has done that we can actually be thankful for is the resurgence and rise of appreciation for press on nails.

If you want to cop a set of nails similar to Ariana’s, take a look at some of our favorite past looks by Grande below. Where we can, we’ll also throw in a link to a set of nails that are a close imitation.

When it comes to nails, Ariana generally prefers to opt for colors and styles that are more natural and classic. Keeping up with the aesthetic of her Instagram theme, an everyday nail look by Ariana is generally a pastel color of lavender, light pink, or white.

However, when she’s feeling in the mood, Ariana will switch up her look every now and then to take the art up a notch. Check out our favorite nail looks from Ariana’s music videos, vacations, performances, and even fashion events below.

While most artists will go for the most ostentatious nail art for their music video looks, Ariana often remains steadfast with her everyday clean look of white classic nails. Browse the images below for some of our favorite white nails from Ariana Grande. Ariana is a huge fan of clouds, as evidenced by her perfume bottle , her “Breathin” music video, and even her fondness for the cloud emoji in her tweets and Instagram posts. 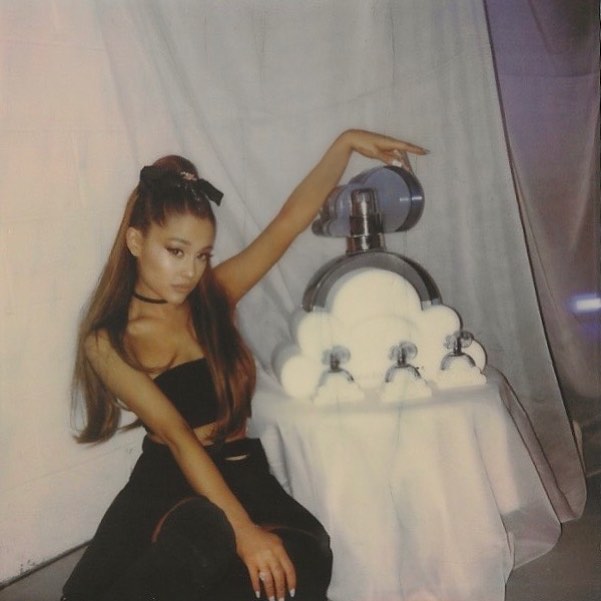 In a story posted to Ariana's Instagram, the artist wore a set of pink and iridescent stiletto nails that caught the attention of many fans. Because nails of this length and color scheme are not Ariana's go to look, fans speculated that it meant Ariana was going to collab with Lady Gaga on her sixth album "Chromatica", because the nails matched the theme of the album. Considering that fans weren’t wrong, I think it’s safe to say that Ariana’s fan base might have a detective career somewhere in their futures.

Ariana wore a set of cow print nails during soundcheck for her Sweetener tour stop in Cleveland. Now this particular look is one that Ariana has only done once, and that’s because Grande attended the Met Gala in 2018 with a beautiful Sistine Chapel ceiling inspired look by the one and only Vera Wang.

You don’t go to the Met Gala without a set of nails to match a dress worthy of being in the Metropolitan Museum of Art itself. Ariana with a set of Chanel logo white almond nails for an appearance at the Amazon Music Unboxing Prime Day event.

Shop Press On Nails That Look Just Like Ariana’s

Just because your receipts don’t be looking like phone numbers, doesn’t mean you can’t pull off a manicure at home that looks like you spent a million bucks.

Although we aren't currently actively accepting custom press on nail orders, shoot us an email about a nail style you’re looking to order, and we will let you know if we are able to accommodate your special request!